The History of Fair Trade and Pleasant Hill Community Church 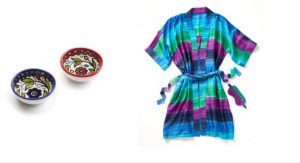 A simple idea, a single action has the power to bring about monumental change was the the goal of Ten Thousand Villages, founder Edna Ruth Byler.  Her single action was a humble, unassuming one taken more than 70 years ago. Byler bought h and-embroidered textiles from women who didn’t have have access to a market in which to sell them. She paid a fair price for them, took them home, and sold them to friends and neighbors on their behalf.

Today, that idea continues at Pleasant Hill Community Church new shop, Just Designs, is scheduled to open to the public in October.  The Fair Trade experience at Pleasant Hill Community Church began with Rev. Robert and Ruth Peeples in the 1990 and continued under the leadership of Don and Jean Clark beginning around 2000. Recently the Clarks retired and Mary lou Matteson has taken the reins.  The ministry continues to grown and evolve and we are all excited about Just Designs featuring hand-made wares from local artisans as well as those from around the world.

What is Fair Trade Movement

A simple idea, a single action has the power to bring about monumental change was the the goal of Ten
Thousand Villages, founder Edna Ruth Byler.

As a volunteer living in Akron, Pennsylvania in the 1940s, Edna Ruth Byler became known in the Mennonite community for her warm hospitality, creative spirit, and cinnamon rolls. In 1946, when Byler traveled with her husband to Puerto Rico, she met women in La Plata Valley who were struggling to feed their children. Having lived through challenges during the Depression, she knew the face of economic hardship. She also knew the importance of dignity and people wanting a way to help themselves.

Byler saw the pieces of fine embroidery the skilled women of La Plata created and was moved to do something. With no clear plan but a sense of purpose, Byler paid the women for the pieces, brought them home, and began to sell them to people she knew. She reinvested the earnings to buy more from the women. A cycle began. 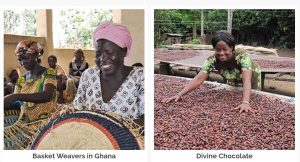 Seeing the long-term value that sustainable income opportunities bring to impoverished communities,
Mennonite Central Committee, an aid and relief agency, supported Byler’s efforts and facilitated international
trips to expand the endeavor. By the 1950s, Byler was driving her Chevy II packed with global needlework and handcrafted wares to women’s sewing circles and parties of interested folks across the country. She always shared the stories of the makers, describing how each purchase meant that a woman gained economic independence and a chance to give her family a brighter future.

Over the decades, relationships grew to include artisans in more than 30 developing countries. Selling venues expanded into a network of retail stores. Awareness around inequity in international trade and marginalized communities prompted the founding of the World Fair Trade Organization.  Edna Ruth Byler’s single gesture, multiplied by the actions of countless others, carries tangible impact across
ten thousand villages today.  Here in the Pleasant Hill village we continue her work through Just Designs.

SERRV International, one of  the suppliers we are currently using at Just Designs began their work a few years after Edna Ruth Byler’s efforts. SERRV and Ten Thousand Villages continue to make long term commitments with artisan coops in developing countries bringing dignity to people’s lives, sending children to school, saving women from slavery, and giving people all over the world and right here on the Cumberland Plateau the opportunity to engage in a meaningful way. When you make a purchase here at Just Design, the ripple effect of hope spreads.